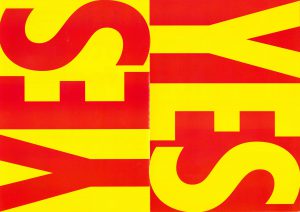 Next month marks the 20th anniversary of the 1997 devolution referendum.  The referendum came shortly after the 1997 General Election, which saw a landslide victory for New Labour. In power, Labour quickly passed the Referendum (Scotland and Wales) Bill.  It was decided that a two question referendum be held on the issue.  Voters were asked two questions whether there should there be a Scottish Parliament? And whether this Parliament have tax-varying powers?  Many campaigners on the Yes side felt that the outcome was inevitable and that the establishment of a Scottish Parliament was, as John Smith put it ‘The settled will of the Scottish people’. 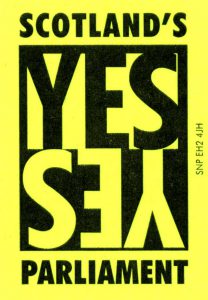 The polls opened on 11th September and 60.4% of the Scottish electorate came out to vote. The result was conclusive with 74% voting yes to the establishment of a Scottish Parliament and 63% voting in support of tax-varying powers.
This was a decisive victory for the Yes camp and paved the way for the establishment of the Scottish Parliament.   The Scotland Bill was published in December 1997 setting out a Parliament of 129 MSPs. It included details of the powers which would be reserved by Westminster and those that would be devolved to Scotland, as well as financial arrangements and tax varying powers. With the momentum provided by the overwhelming yes votes the Bill passed quickly through the Commons and Lords with minimal amendments and received Royal assent in November 1998.
The first election to the Scottish Parliament was held on 6th May 1999. The outcome was a coalition government between Labour and the Liberal Democrats led by First Minister Donald Dewar.